Personality: usually pretty stoic and serious, especially on missions. But can be very laid back and quite a joker. Get some drinks in him and he'll let loose. Pretty cocky in his skills and takes great pride in what he built himself up to be.

Appearance: Standing at 6 feet he weighs in at about 200 pounds with his cybernetics. His hair is a silvery white, his eye color is unknown as he lost both and only replaced one with a cybernetic one (usually set to white). He covers the other with a headband. Usually wears a large coat to hide the gear on his body. 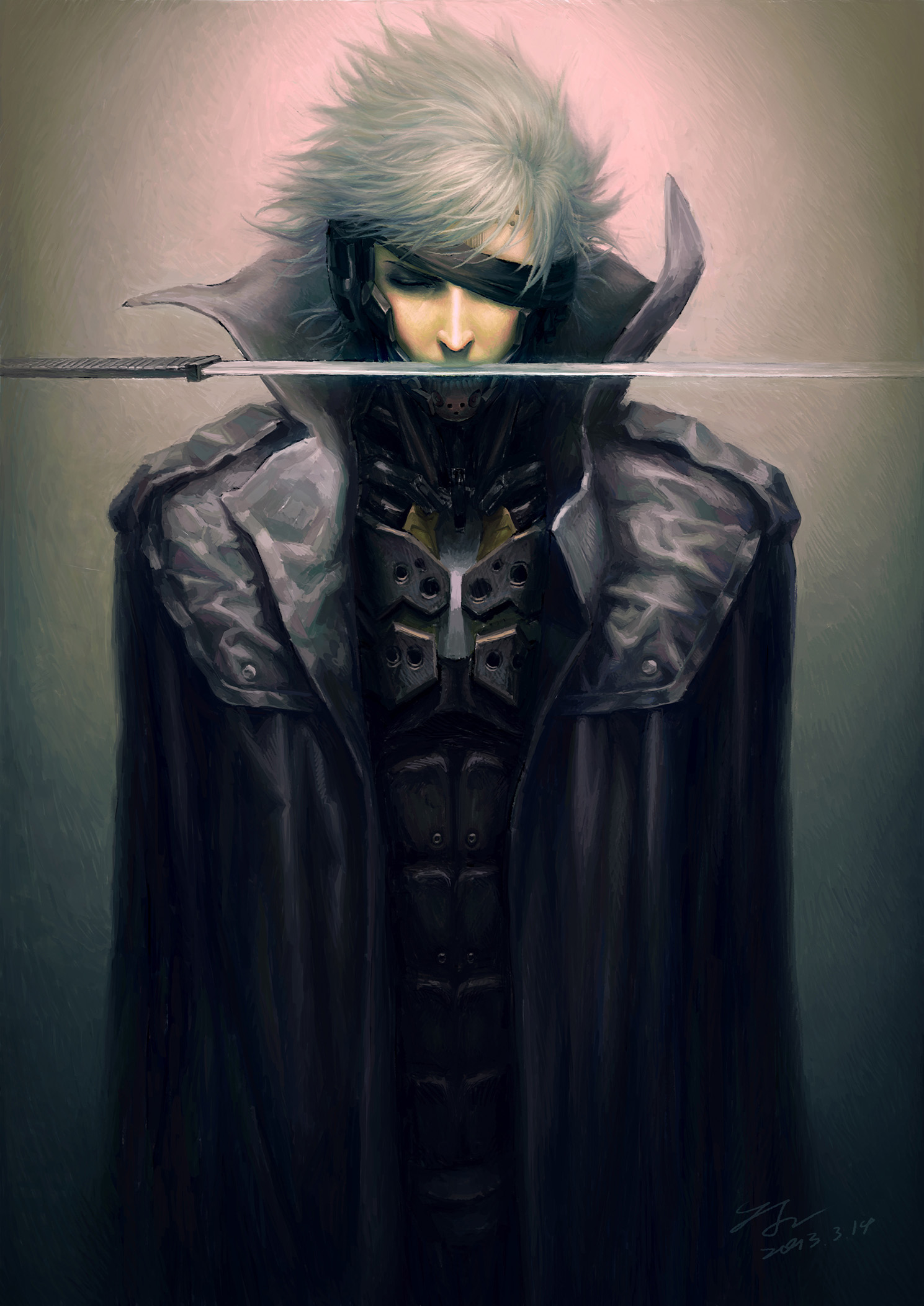 Born in the slums it was always his dream to make it out of there and get to the top among the rich. Hating being poor he would constantly slip away from home and steal from others that had more than him, he was a natural at sneaking. Eventually he got his hands on a computer and never took his hands off it. With all his time on the computer he became privy to the illegal networks set up all throughout the slums and the dealings set up among them.

As he became more adept at his hacking he was able to break into the more secretive networks and soon found the most lucrative business in the slums; Death. He continued to train his stealth by stealing from more powerful people within the slums, constantly challenging himself with heists that would prove harder and harder. Until one day the thing he aimed to take was a life.

Contract after contract, kill after kill, he gained money and infamy and soon became the best assassin in the business. Mostly because he used his hacking skills to find the identity of any other assassins and killed them off. Of course, there were assassin and mercenaries that came from the cities above that he did not dare cross paths with unless he was paid handsomely enough. But down in the slums, he was know as the Grim Reaper. Making a deal with him was making a deal with death itself.

But the money was never enough. Between upgrading himself and his equipment, and setting up a hideout, he could only be at the top of the slums. Soon his equipment was good enough to allow him to sneak around in the city, and even infiltrate government facilities. He did well at hiding his identity but to be sure he never had to worry about that again he deleted himself from the database. His name, his birthday, his entire existence wiped.

During this ambitious hack into the mainframe he discovered files of a top secret operation to send a lot of people out into space. Here he saw his chance to not just rise from the slums... but go even higher than the cities... scanning the files of the approved passengers he found the perfect target. A computer technician by the name of Nero Eldingar. In a risky move he changed almost all of Nero's info to match his own, even uploading a picture of himself to replace this man's on file.

Taking the technician's address from the file, he went there and killed him. He read that Nero was relieved from his job to prepare for the trip into space. Nero also mainly worked from his home and seemed to have no other connections. Upon entering Nero's home he was able to see just how much of a shut in he was. It was perfect for the assassin though, for when the day came to board the ship, he did so without incident as Nero Eldingar.
Last edited by Nero Eldingar on 06 Oct 2019, 20:03, edited 1 time in total.
Top
Post Reply
1 post • Page 1 of 1

Users browsing this forum: No registered users and 2 guests